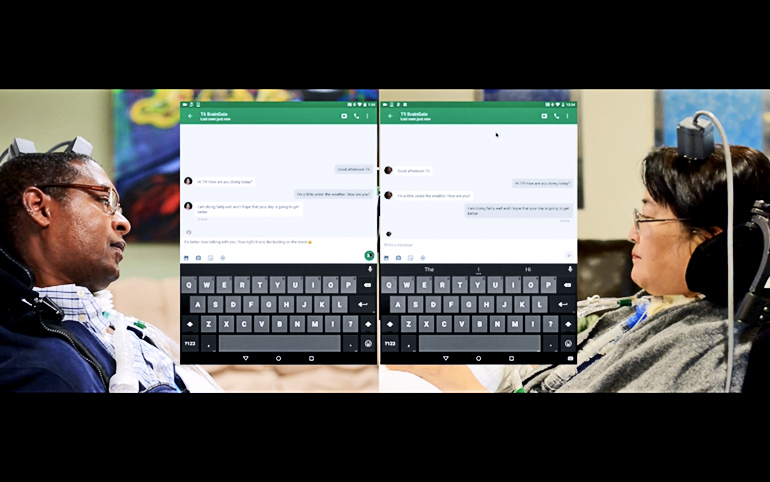 A brain-computer interface (BCI) allows people with paralysis to directly operate an off-the-shelf tablet device just by thinking about making cursor movements and clicks, according to results of a small clinical trial. Tablets and other mobile computing devices are part of everyday life, but using them can be difficult for people with paralysis.

In a study in PLOS ONE, three clinical trial participants with tetraplegia, each of whom was using the investigational BrainGate BCI that records neural activity directly from a small sensor placed in the motor cortex, were able to navigate through commonly used tablet programs, including email, chat, music-streaming, and video-sharing apps.

The investigational BrainGate BCI includes a baby aspirin-sized implant that detects the signals associated with intended movements produced in the brain’s motor cortex. Those signals are then decoded and routed to external devices. BrainGate researchers and other groups using similar technologies have shown that the device can enable people to move robotic arms or to regain control of their own limbs, despite having lost motor abilities from illness or injury.

This link takes you to the main source of this article