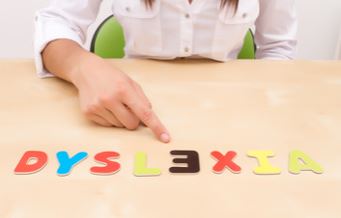 Although it’s difficult to work out exactly how many dyslexics there are worldwide, Dyslexia and Literacy International suggests at least 10% of the population has dyslexia, which equates to around 700 million people.

Without identification and effective intervention, the impact of dyslexia can be significant and long-lasting, not only for the individual, but for society at large.

In 2018, the Westminster AchieveAbility Commission (WAC) found evidence of systemic barriers to employment for millions of potential employees in the UK who are neurodivergent – meaning that their brains function, learn and process information differently.

The report highlighted a widespread lack of awareness, failures in government support and workplace discrimination, but also many examples of good practice. Most neurodivergent people are able and skilled – it is the recruitment processes that disable them.

Hampered by job application processes, 43% of the people interviewed felt discouraged from applying. Another 52% claimed to have experienced discrimination during interview or selection processes.

In the UK, however, under the Equality Act 2010, dyslexia is classed as a disability. To prevent discrimination and comply with the Act, employers are required to make suitable adjustments to workplaces if people with dyslexia require it. However, there remains some confusion over when is the right time to disclose to your employer that you have dyslexia. “Dyslexic workers can disclose their dyslexia to their employer at any time, even during the recruitment stage,” says Ide.

“As a golden rule, the legal protections for dyslexic workers are better if the employer is aware of their dyslexia, so in an ideal world, the sooner the better – this means that reasonable adjustments can be put in place from the start of employment.”

One person strongly encouraging companies to adopt assistive technology to support their employees with dyslexia is Nasser Siabi.

Siabi and his family relocated from Iran to the UK in 1977. His computer science and technology background, coupled with a chronic visual impairment, led him to create Microlink in 1992. Microlink stocks a range of technology and tools to help people with learning difficulties. It also offers a workplace adjustment service.

Siabi says the primary purpose of assistive technologies for people with disabilities is to restore their ability to communicate effectively with the world by removing barriers posed by their condition. “For example, for people with dyslexia who struggle to communicate with written text it is now possible to get the computer to help the person to write using [their] voice instead of typing,” he says. “Device screen readers can read back text instead of the person having to read text off the screen.”