Communication and control systems that you run with your eyes 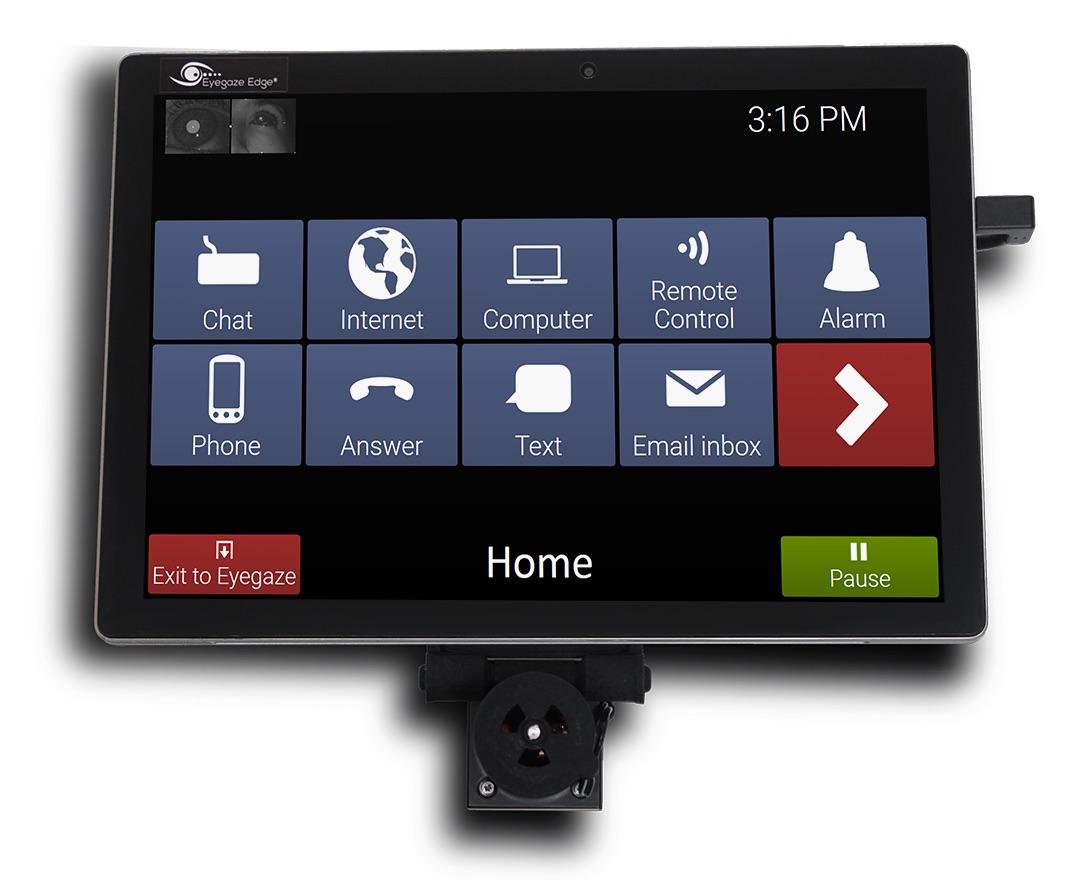 Eyegaze is the world’s most advanced eye-driven tablet communication system. The Eyegaze Edge® enables locked-in users to communicate with the world via robust, accurate eye tracking devices and software. It enables patients to communicate in any position including side-lying without tipping the screen. Requires functional use of only one eye. People with eye injuries or strabismus are typically unable to successfully use most eye-operated systems because they either don’t have two functioning eyes or their eyes don’t track together.
Contact us for more information

How does the Eyegaze Edge® work?

A special eye tracking camera mounted below the Eyegaze Edge screen observes one of the user’s eyes. Sophisticated image processing software analyzes the camera’s images 60 times each second and determines where the user is looking on the screen.

Nothing is attached to the user’s head or body. A less than 15 second calibration procedure is required to set up the system for a particular user. The user looks at a small calibration point as it moves around the screen. There is no need to recalibrate if the user moves away from the screen and returns later.

A user operates the system by looking at rectangular “keys” or cells that are displayed on the control screen. To “press” a key, the user looks at the key for a specified period of time. The gaze duration required to visually activate a key, typically about ½ second, can be adjusted by the user. An array of menu keys and exit keys allow the user to navigate the Eyegaze programs independently.