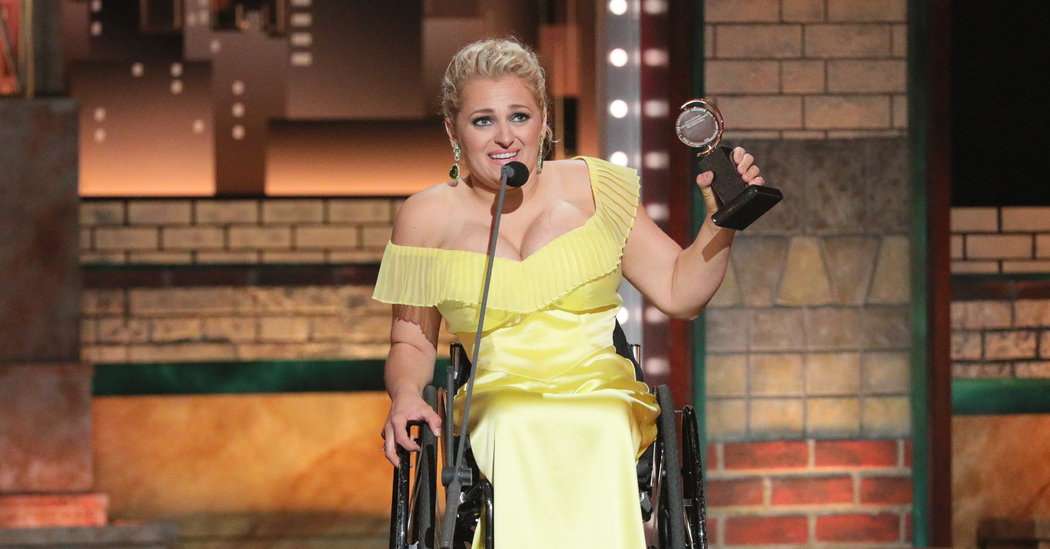 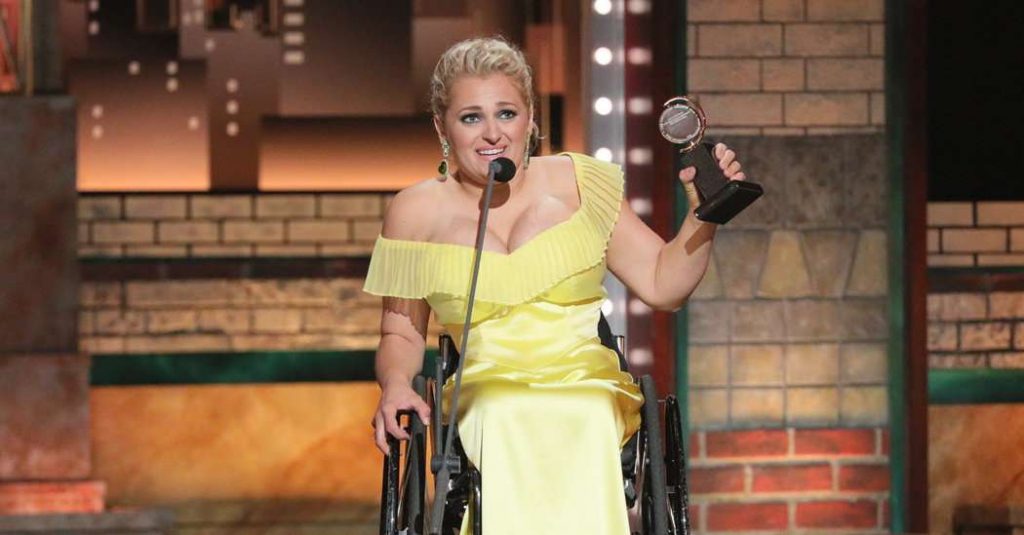 On Sunday night, Ali Stroker became the first person who uses a wheelchair to be nominated for and win a Tony Award.“This award is for every kid who is watching tonight who has a disability, who has a limitation or a challenge, who has been waiting to see themselves represented in this arena — you are,” Ms. Stroker said while accepting her statuette for her role as Ado Annie in the Broadway revival of the musical “Oklahoma!.”

Ms. Stroker, a 31-year-old New Jersey native lost the use of her legs in a car accident when she was 2 years old. Ms. Stroker accepted the award, for best featured actress, shortly after dazzling the audience with her saucy performance of the “Oklahoma!” song “I Can’t Say No. “A ramp had not been built to the stage, but Ms. Stroker was still backstage, in the wings, from the performance when her category was announced.